From the mid-1970s to the early 21st century, videotapes were used extensively in home players, video recorders, camcorders, and editing equipment. Although digital technology has made the tape formats obsolete, you can still find a few players and tapes on the second-hand market.

If you’ve discovered a treasure trove of old videos, you can have the tapes converted with photo digitization. First, you can take a look at the different types and uses of old videotapes to understand the value of having the videos transferred to a digital format.

Before Sony introduced the Handycam in 1985, 8mm film did not have mainstream appeal and was used mainly by amateur artists and filmmakers. The Video8 tape, used in Handycams and other camcorders, was an instant hit.

Unlike the old 8mm film rolls, the Video8 mechanically resembles the Betamax and VHS tapes. Because the Video8s have smaller heads than a standard videotape, they don’t seem to hold up well in storage. If you send your Video8 tapes to a video transfer service, they can produce a digital copy with the original resolution, but excessive damage can affect the clarity.

To counter the popularity of the Video8 format for camcorders, Panasonic introduced the VHS-C for its brand of video recorders. It’s a compact version of the VHS tape that made playback much less complicated than its Video8 rival. The small VHS-C tape can be inserted into an adapter that allows you to play it in a standard VHS player.

Sony’s 8mm tapes cannot be adapted to VCRs or Betamax machines and require you to hook the camcorder into the television for playback. Compared to standard VHS tapes, VHS-C tapes have a similar lifespan and require careful storage away from extreme temperatures.

After the Super VHS tape was released with improved picture quality, Sony introduced the Hi-8(High-band Video8). The Hi-8 is the same size as a Video8 tape but has an enhanced resolution and frequency range and is comparable to the 400-line resolution of Super VHS.

The Hi-8 was the last analog-based tape Sony produced, and in 1999, it released the Digital8 for its new digital camcorders. The Digital8 uses a digital recording format that became an industry standard, and its fiercest competitor was the smaller Mini DV.

The mini DV was the first digital tape to offer 720×480 resolution, and it paved the path for DVDs and other digital streaming formats to dominate the market. Although the HD resolution is impressive, the Mini DV film is only slightly more durable.

Like the standard Video 8 film, DV film is susceptible to deterioration and should be converted using a professional Mini DV to digital service before the tape erodes further.

When Video 8 (or its later versions) or Mini DV film deteriorates, it can cause video and audio corruptions that can be challenging to remedy in the conversion process.

Although VHS was the format of choice for home video players and film studios, it was also used in full-size camcorders. During the late 1970s and early 1980s, the VHS battled Sony’s Betamax for market dominance and easily won. The much larger VHS tape offered longer viewing and recording times, and several companies were licensed to produce VHS machines and accessories.

In Contrast, Sony was hesitant to license its Beta in the early years, and soon, the VHS players flooded the market and eclipsed the Beta. Once the film industry decided to release all of its films on VHS, the Betamax became a relic appreciated by a small number of enthusiasts.

Sony may have lost the tape wars of the 20th century, but tech experts contend that the Betamax video and audio quality is far superior to a VHS. You can’t record three movies on a single tape like VHS, but the clear pause, improved frame rate, and excellent Dolby audio quality made it the preferred videotape for serious technophiles.

However, the higher cost of the players and the limited availability of rental tapes allowed VHS to win over consumers. In poor conditions, the Beta tape degrades quickly like the VHS and Video8, but a Betamax to digital service can produce a converted digital copy that matches the original Betamax resolution as long as the tape is in good condition.

In 1987, JVC took another shot at Sony by releasing the Super VHS (S-VHS). The S-VHS has improved luminance resolution and audio quality but cannot be used in older VHS machines. When studios realized that S-VHS was not popular with most customers, it stopped releasing tapes for rental or purchase. Sony released its ED-Beta to compete with S-VHS, but it also had limited success and soon disappeared from the market.

Before sending off your S-VHS and ED-Beta tapes for digital conversion, contact the video conversion service to ensure they have S-VHS or ED-Beta players. Each type of videotape has a limited lifespan, and if your collection has been damaged by moisture or heat, the copies are likely to show some imperfections. 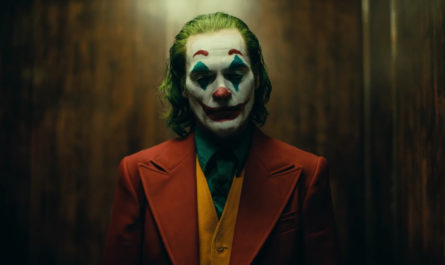 Watchmen Season 2: Watchmen is an American superhero drama TV series that premiered on HBO on 20 October 2019.

Find Out Everything About 123movies And Its Alternatives