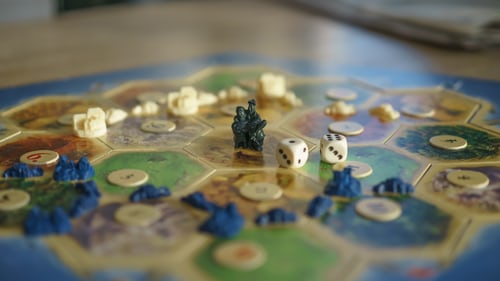 There are thousands of new board games that are published every single year, to the point that it can be incredibly hard to keep up with them and even harder to know which ones you should be buying and investing your time into. Lucky for you, this list has been put together in order to give you insight into some of the best board games that are currently on the market. Regardless of the difficulty level, theme and length of time you intend to play the game for, there is something on this list for you.

Betrayal at House on the Hill
Everyone at some point has wondered how long they would likely last in a horror movie. Well, they don’t have to worry any longer thanks to the fantastic board game Betrayal at House on the Hill. Here, you will find yourself plonked dead in the middle of a mansion that is slowly revealed room by room as a killer is on the loose and trying to hunt you down. Each room has a nasty surprise waiting for you, each more deadly than the last and in order to win the game, you will need to work as a team to try get out alive. This is harder than it sounds though because one of you is secretly a traitor.

Row of 4
It’s a classic game but row of 4 is even more fun to play now than ever as thanks to Aurosi.com, you can get updated and more luxury designs that bring this classic game shooting forward into the 21st century. You will feel nostalgic whilst playing but will also feel as though you are taking part in something new on the market at the same time, that’s what makes this so much fun.

Gloomhaven
Powered with a unique combat element and a setting that is reminiscent of popular fantasy The Witcher, Gloomhaven is the fantasy and adventure game that every single board game enthusiast is looking for. It is an incredibly engrossing RPG which is stuffed to the brim with a range of branching and overlapping storylines, miniatures and an entire world that can be influenced by the decisions that you and your fellow players make. This is the sort of game that you will be able to get lost in for months rather than just for the small amount of time that other board games might keep you entertained for.

Wingspan
As the name suggests, Wingspan is one that puts birds at the front and center of everything you do. Your aim as the game player is to try your hardest to attract the biggest variety of birds to your preserve. You will be doing this through a range of clever mechanics that form a satisfying loop, so you will just want to get involved in more and more. There is a lack of direct competition with this game as well, which is great because it makes the whole experience a lot more relaxing and Zen-like than if you were to play a game with a much clearer opposition.

Improve your CSGO Rankings the Professional Way while in – game