From structural damage to potential health risks, damp is an unwelcome visitor

Dampness in a property can spell major problems if not dealt with quickly; it can cause unpleasant living conditions, structural damage and even affect health. It’s important to protect your property from actual and potential dampness threats.

There are basically three types of dampness:

Cause: rising damp forms when moisture from the ground rises into the lower parts of walls and other structures at or near ground level. When rising damp is detected, it’s a sign that the damp proof course (installed to prevent rising damp) is damaged or has worn out and is no longer effective.

Older properties may not have ever had a damp-proof course fitted, so in these cases specialist expertise will be required.

Threat: contaminated plaster and even severe structural damage and other issues such as dry rot and woodworm can result if rising damp isn’t treated promptly.

Remedy: major areas of resurfacing, removal of contaminated plaster and even rebuilding may be required in extreme cases. Expert help from damp proofing professionals such as Ward Damp Proofing is the only answer;

Condensation forms when warmer air hits a colder surface and shows up as moisture, often in the form of droplets on hard surfaces such as interior walls and windows.

Classic signs of condensation include:

Cause: air can hold a certain amount of moisture, but when its limits are reached such as in excessive moisture conditions including certain kitchens and bathrooms with lots of warm air and possibly steam, combined with a lack of ventilation, then condensation forms.

Threat: after a while, paintwork can be damaged by repeated instances of condensation – and mould can form walls and ceilings.

This mould, along with looking unsightly, can prove a health risk for some due to the spores that can become airborne and get into human airways – a threat to those with respiratory issues such as asthma or people vulnerable to allergies.

While you can most likely remove smaller areas of mould, on-going condensation problems require professional attention as there are solutions available to stop condensation from forming.

Remedy: To prevent condensation, keeping a property well ventilated is key, especially the areas prone to condensation as described above such as, kitchens and bathrooms.
It may be as simple as ensuring ventilation is improved such as, say, opening a window slightly when cooking, installing a good extractor fan in a bathroom, or generally ensuring ventilation is up to par.

For more problematic condensation issues, high performance extractor fans or PIV (positive input ventilation) units can be installed to give a much-needed increase in ventilation, and anti-condensation paints such as ThermoKote are also available to use.

Signs of penetrating damp include:

Cause: when water enters from the outside due to a vulnerability. For example, a hole in the roof could allow water to penetrate through and into ceiling, while am underfloor leaking pipe could cause dampness to appear on a wall or floor. In a cellar or basement, poor or non-existent waterproofing can allow water ingress resulting in damp walls, ceilings and floors.

Threat: if left unchecked, even a small instance of penetrative damp that takes place over a long period time could eventually cause considerable damage. Woodworm, dry rot and timber decay can all be symptoms of a penetrating damp problem.

Remedy: the source of the water penetration needs detecting and remedying. Be aware that the area of damage may be some way from the leak itself; for example, a leaking roof could cause damp to appear in a different area of the property.

Expert help should be sought to help identify the leak if it’s not obvious, and to affect lasting and efficient repairs.

While a damp problem needs treating, it’s vital to diagnose what’s causing it first – and to assess other dampness vulnerabilities.

To this end, a damp survey is usually recommended by damp removal specialists. A full and extensive survey is undertaken to ascertain the full extent of damp causes and threats, and a plan to remedy it is drawn up.

Why it’s vital to protect your property against damp; the three main types discussed – how to identify them, the threats they pose, how to treat them using experts.

Installing Solar Panels at Your Home

How to Recognise the Faulty Component of The Dishwasher? 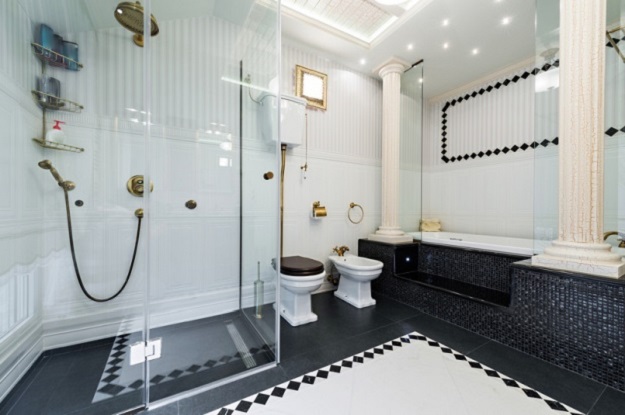 Five Tips to Choose the Right Shower Screens for Your Bathroom